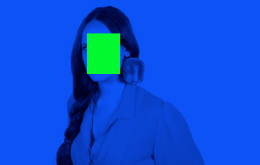 http://www.saysaysayinc.com
There are three responses to a piece of design – yes, no, and WOW! Wow is the one to aim for.